Each Faction Challenge lets you select one of two warring factions and march its armies to victory over a week of intense skirmishes. As a reward for total domination, upon the end of the challenge, the faction which won more battles will grant participating players a Premium Card. The losing faction will reward its supporters with 100 Meteorite Powder. 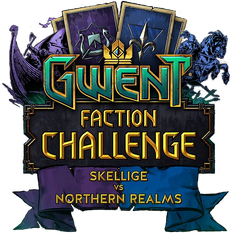 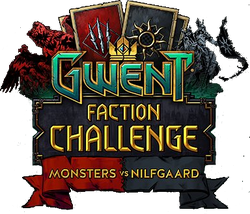 Side with the mighty Empire of Nilfgaard or bloodthirsty Monsters. Compete for dominance over the battlefield over a week of intense skirmishes and earn rewards. To be considered a supporter, the challenge win count with the faction you wish to side with needs to be greater than with the other participating faction. 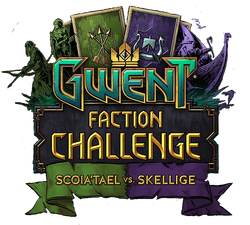 It’s that time again — time to rise to the challenge! Proud warriors of Skellige face off against the shadowy Scoia’tael in a new Faction Challenge. Choose which side you wish to support and compete for dominance (and rewards) over a week of intense skirmishes! 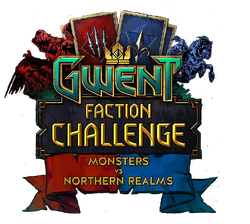 It’s time to take up a new challenge! Who will you support this time — ruthless Monsters, or loyal soldiers of Northern Realms? Choose your side, compete for battlefield dominance and earn faction rewards!

Retrieved from "https://gwent.fandom.com/wiki/Faction_Challenges?oldid=45625"
Community content is available under CC-BY-SA unless otherwise noted.