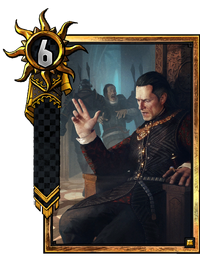 More than any other faction, Nilfgaard relies on diplomacy and subterfuge to disrupt enemy strategies and enact its own. The empire plants Spies behind enemy lines to perform sabotage and reveal cards in the opponent’s hand. Well-aware of power’s benefits, Nilfgaardians target the strongest enemy units, crippling them or eliminating them altogether. 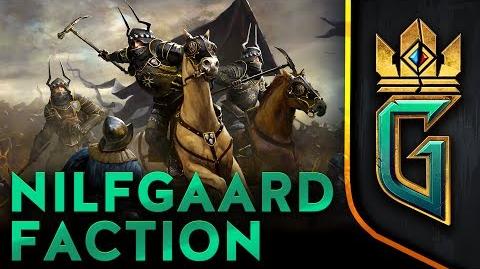 Retrieved from "https://gwent.fandom.com/wiki/Nilfgaard?oldid=45237"
Community content is available under CC-BY-SA unless otherwise noted.